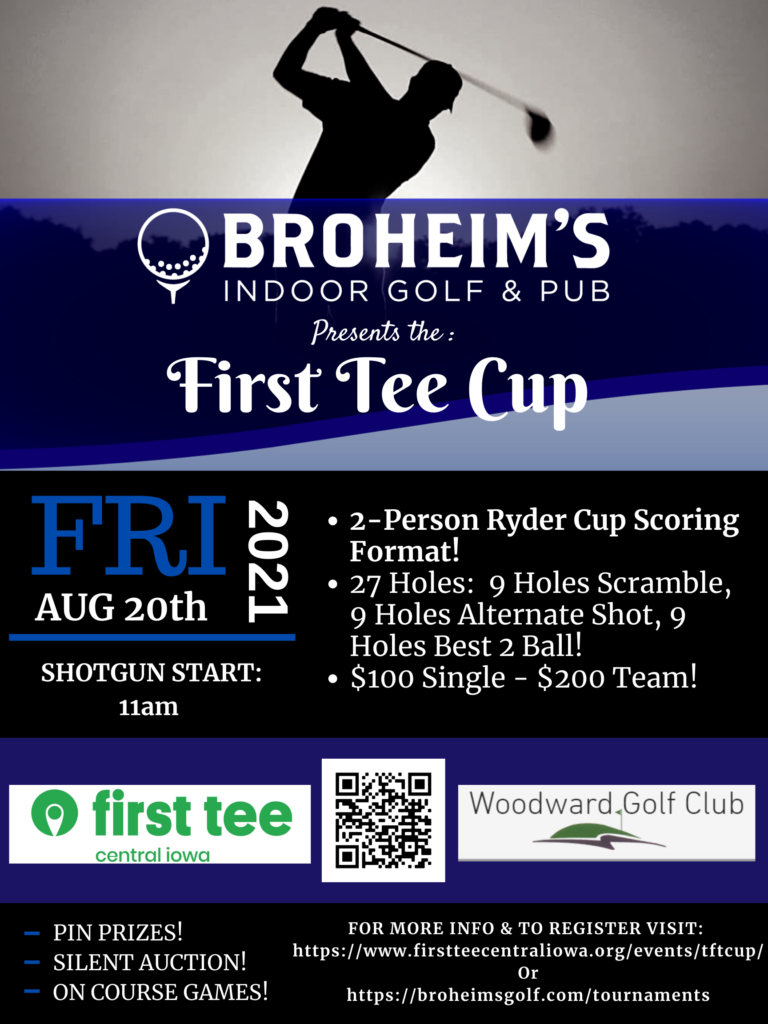 Included in player registration is a closest to the pin competition the night before starting at 4pm August 19th at Broheim’s Indoor Golf & Pub.  Each team will compete in a closest to the Pin contest.  The goal of the contest is to get the shortest aggregate distance over 4 holes.  Each player will receive 3 swings per hole.  The team with the shortest aggregate distance will receive 3 strokes to remove from their score at Woodward Golf Club.

Broheim’s will host a post party directly after the tournament with Live music and food starting at 7pm Friday August 20th!

*You can also register @ thefirstteecentraliowa.org/events/tftcup*